I hadn’t realised until now, but it’s Valentine’s Day. Interestingly, snails possibly have a modicum of credit for some of the imagery that people are exposed to on this day. Cupid’s bow with its arrows that cause infatuation might be based on the ‘love-darts’ that many species of larger snail jab into each other during copulation. As the Wikipedia article states:

‘Some writers have commented on the parallel between the love darts of snails and the love darts fired by the mythological being Cupid, known as Eros in Greek mythology.[7] It is even possible that there is a connection between the behavior of the snails and the myth. Malacologist (mollusk expert) Ronald Chase of McGill University said about the garden snail Helix aspersa, “I believe the myth of Cupid and his arrows has its basis in this snail species, which is native to Greece”. He added, “The Greeks probably knew about this behavior because they were pretty good naturalists and observers.”
In some languages, the dart that these snails use before mating is known as an “arrow”. For example, in the German language it is called a Liebespfeil or “love arrow”, and in the Czech language it is šíp lásky (which means “arrow of love”).’

For some footage of copulating snails, complete with love dart, see: https://www.youtube.com/watch?v=Ddo_6GqmweY

This week I have seen two more species for my quest, bringing me up to 16 species. I have, however, added two new species to my list this week which means I still have a round 100 species to track down and see. My new snails were:

I actually found a few of these in quick succession. A few were found at Potton Wood amongst leaf litter, and more examples were found at Sharpenhoe Clappers on the edge of the Chilterns. Cepaea hortensis reaches a maximum width of about 22mm, smaller at full size than Cepaea nemoralis which can reach 25mm. It is a very common species, more tolerant of colder conditions than C. nemoralis and as such its range extends further into Scotland than that species. The specific – hortensis – means ‘of the garden’ and aptly describes a portion of the habitat it can be found in. 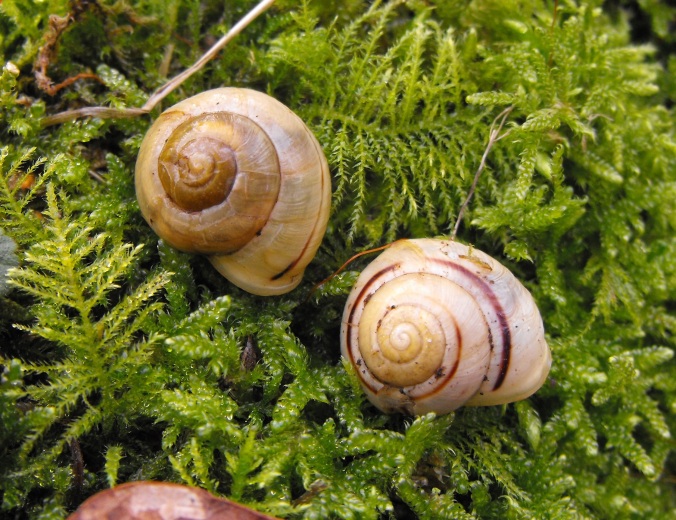 As I mentioned when I wrote about C. nemoralis, these two species can usually be distinguished by the colour of the lip of the shell. In C. nemoralis, the ‘Brown-lipped Snail’, the lip is usually brown. In C. hortensis, the ‘White-lipped Snail’, the lip is usually white. This, whilst a decent general guide, isn’t 100% accurate. The photo below shows two C. hortensis on the left – one of which possesses a brown lip – and a typical brown-lipped C. nemoralis on the right.

I didn’t originally have this species on my target list as it doesn’t occur in Robert Cameron’s guide or on the pictorial key. However, @ABugBlog insisted I include it and so, whilst visiting my parents yesterday, I walked down to Brough Haven and the edge of the Humber estuary and soon found large numbers amongst the reeds on the shore.

The reason, I assume, that it doesn’t occur in either of my guides is that it is treated as a marine snail that happens to live in semi-terrestrial environments such as reedy or saltmarsh areas. As such, it is found along much of the coast of the British Isles and quite far inland along estuaries. 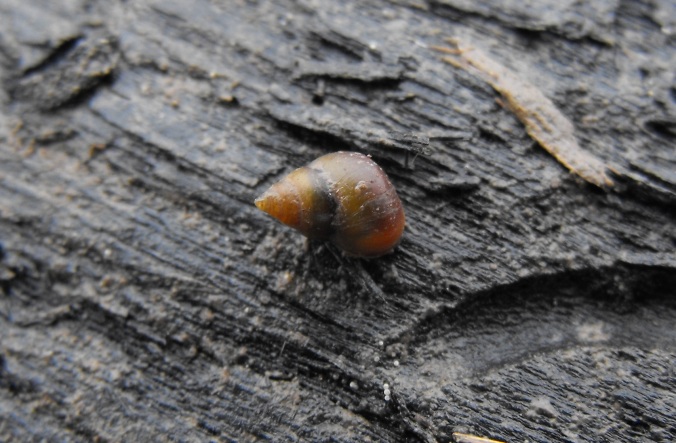 It grows to a maximum of 6mm tall and lives at or just above the high tide mark. It is usually very abundant where it occurs; often under driftwood, stones and other assorted detritus. I found a lot yesterday under a discarded plastic water butt. 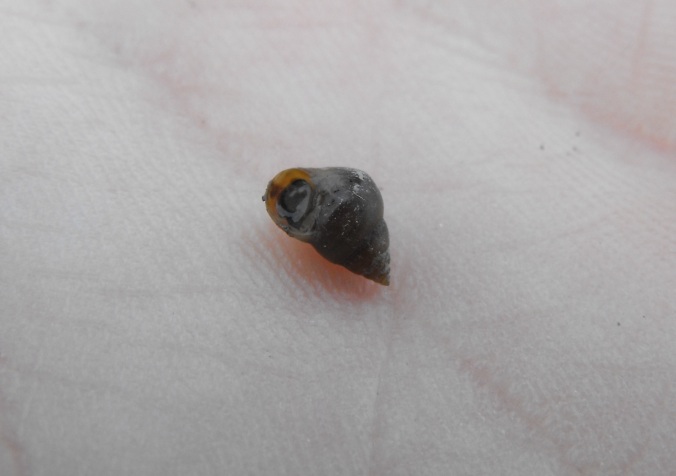 I have no idea where the common name ‘Dun Sentinel’ comes from, but I really like it. Dun, presumably, refers to the colour of the shells, but I’m not sure why ‘Sentinel’ was chosen.

So there’s my week; another two species for my list, 16 seen overall with another 100 species left to go.